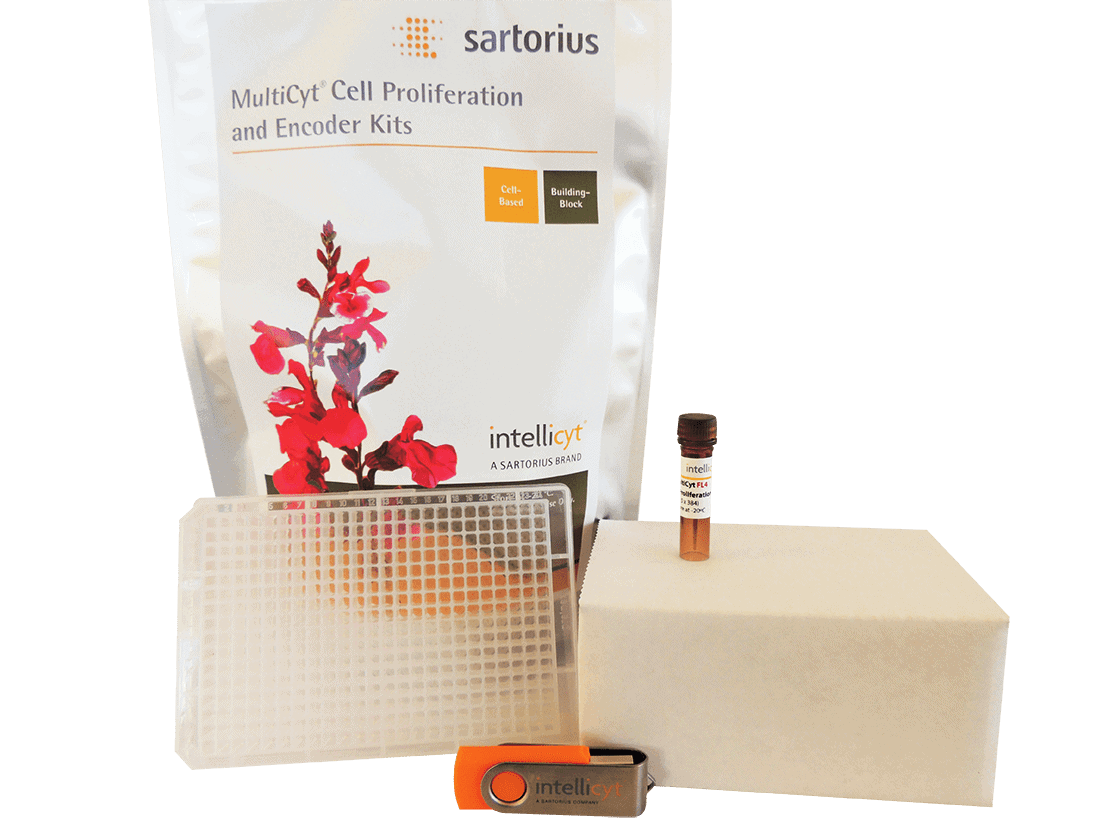 Sign in to see the price of this product and make an online purchase.

Currently, the Intellicyt eCommerce solution is available for US customers only.

The IntelliCyt Cell Proliferation and Encoder Kit consist of dyes that are designed for ease-of-use, multiplexing and high-throughput screening. The straightforward workflow simultaneously measures cell proliferation or multiple encoded cell populations as well as other biological endpoints in each sample.

The Cell Proliferation consists of a spectrally distinct proprietary fluorescent dye that is cell permeable.

The Cell Encoder enable labeling of many standard cell lines by using different intensities of a single fluorophore. Each kit includes one dye on a single fluorescent channel that are titrated to three different concentrations to label cells at none, dim, mid, and bright intensity.

Fluorescent cell encoding is a technique where different cell populations are labeled with different intensities of a fluorophore, establishing a unique signature of fluorescence intensity that enables the ability to analyze multiple cell lines simultaneously.

The Cell Proliferation Kits function on the principle of dye dilution. Cell proliferation is detected and quantified based on the halving or “dilution” of the loaded dye after each round of cellular division. 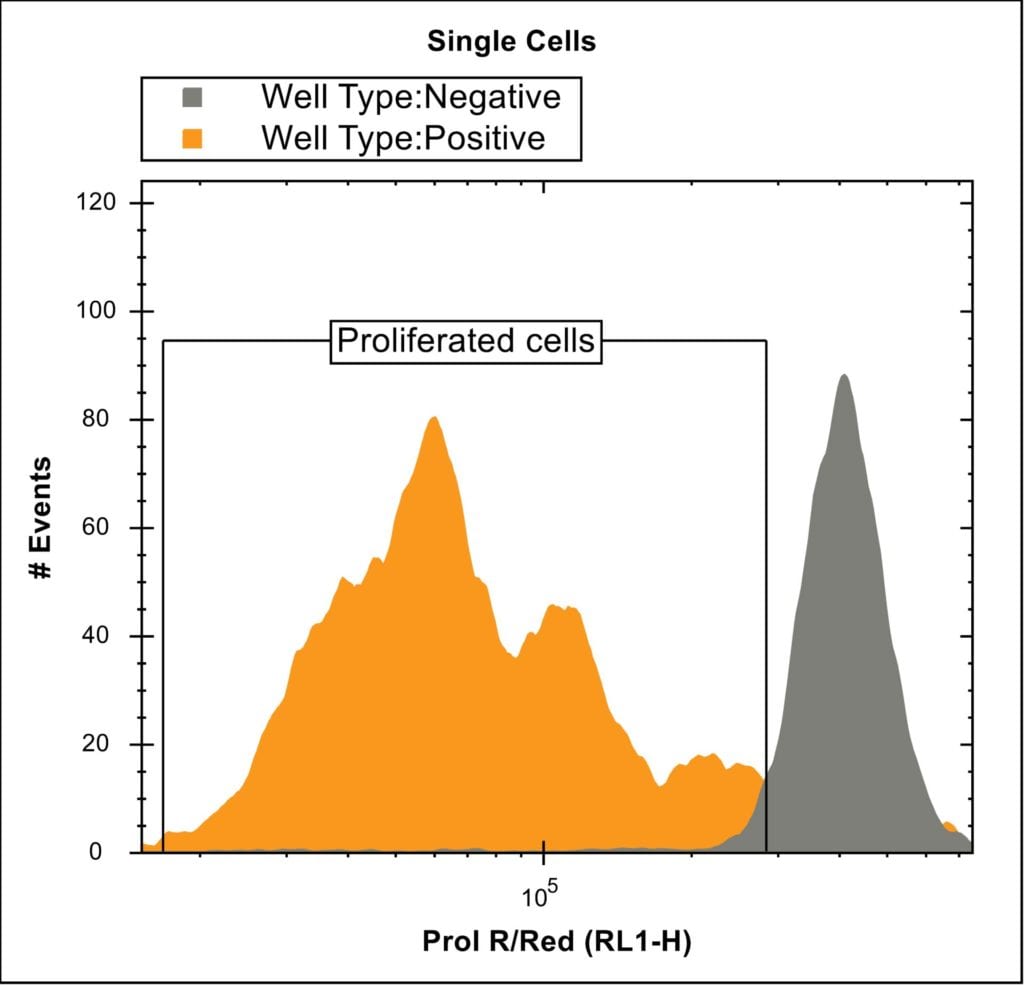 Figure 1: Identify the Proliferated Cell Population. The R/Red proliferation dye is shown on the RL1-H histogram.

Or send us an email: support.intellicyt@sartorius.com